"Collective Consciousness Show" every Thursday night at 9pm eastern.
Call: 218-339-6901 and use code: 5092984#
or Broadcast Live on www.Talkshoe.com Use call ID: 48335
After an hour into the call, callers will be able ask questions and interact with our guests. 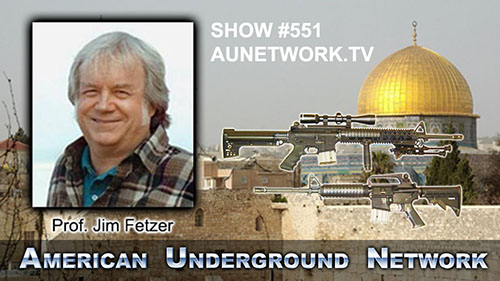 Listen to previus shows on Talkshoe
Click here for All Shows

After an hour into the call, callers will be able ask questions and interact with our guests.

Kurt’s main motto:
“I Am a “being” whose true specie-specific origin and genesis was the moment of FERTILIZATION.”

After a very long absence (4/27/2017) Kurt comes back on our show to update us on his research and discoveries. He recently completed an amazing interview on the RogueWays Youtube channel which we will be following at this link:

If anyone would like to receive a copy of our notes on this interview by RogueWays please send us an email addressed to fred.k.smart@gmail.com Kurt’s Facebook link:
facebook.com/100013126929201

Kurt last appeared on our show on 4/27/2017
Here are some of the notes from that show:
Join Kurt TONIGHT For:
"Do You Consider Yourself Shipwrecked?"
Thursday, April 20th 2017

Over the next several weeks I will attempt to explain why “you” become subject-to the COMMERCIAL COURTS of ADMIRALTY.

According to Black’s Law 5th Edition…
Wreck. To destroy, disable, or seriously damage. To reduce to a wreck or ruinous state by any kind of violence; to overthrow, shatter, or destroy; to cause to crash or suffer ruin, synonymous with ruin, smash, and demolish. Its antonyms are save, salvage, and preserve. Destruction, disorganization, or serious injury of anything, especially by violence. Houston Printing Co. v. Hunter, Tex.Civ.App., 105 S.W.2d 3 12, 317. Goods cast ashore by the sea, and not claimed by the owner within a year, or other specified period; which, in such case, become the property of the state. The term applies to property cast upon land by the sea; to jetsam, flotsam, and ligan.

Common law. Goods cast ashore from a wrecked vessel, where no person has escaped from the wreck alive; and which are forfeited to the crown, or to persons having the franchise of wreck. But if claimed by the true owner within a year and a day the goods, or their proceeds, must be restored to him, by virtue of stat.

Maritime law. A ship becomes a wreck when, in consequence of injuries received, she is rendered absolutely unnavigable, or unable to pursue her voyage, without repairs exceeding the half of her value. A "wrecked vessel," however, in common phraseology, includes a sunken vessel. Act March 3, 1 899, § 15 (33 U.S.C.A. § 409).

The problem we face is ALL about PRIVATE PROPERTY so...
As of NOW let ALL Patriot Myth be damned!
Document for discussion - “A Conceptual Wreck: Salvaging the Law of Finds” by Justin S. DuClos – Journal of Maritime Law & Commerce, Vol. 38, No. 1, January, 2007
Downloadable content here
kurtiskallenbach@gmail.com

Please bear with us as our new website is undergoing construction. We will be adding new content and archived shows daily.

You can listen to our previous shows on our website or on youtube. We have a lot of shows to put up so please be patient with us.

It is time to do something that our Mainstream Media won't do. Report the Truth to the American Public. (Instead of corporate sponsored lies)